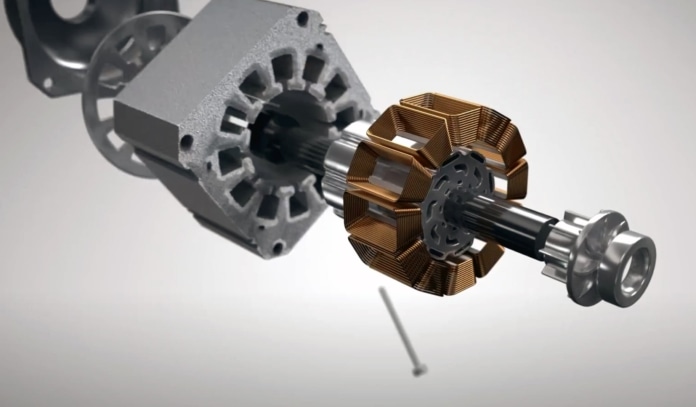 You get a variety of choices when you venture to purchase a washing machine for your home. One of the recent ones is the ‘Inverter washing machines.’

At first glance, it might seem that we are referring to washing machines that can run on the home inverter. However, that is not the case.

In the ordinary course, the washing machine motor runs at the same speed irrespective of the load inside the machine. Hence, you see the machines consuming the same amount of electricity even if the load is considerably low.

It is not necessary to run at full speeds when you have low loads. Inverter technology enables the washing machines to run at optimum loads depending on the load on the machine.

A conventional washing machine works at maximum efficiency when there is an optimum load. However, you do not have the same load every day. The inverter washing machine allows the motor to function at speeds that are optimal for the load inside the machine.

How does the technology work?

The inverter technology works by sensors detecting the load on the washing machine. Depending on the load, it determines the optimum speed at which the machines should run. Naturally, it results in the optimization of the consumption of electricity.

This process involves the use of Variable Frequency Drive (VFD) motors or Brushless motors as you commonly refer to them. Therefore, you have a washing machine motor capable of running at variable speeds depending on the load.

In conventional technology, you have a lot of moving parts like gears and belts along with the motor. These machines consume a lot of electricity because of the friction. They also make a lot of noise.

On the other hand, the inverter motors are bulkier, but they are more efficient in comparison to conventional motors. These motors do not make much noise because of the lack of moving parts. There is no friction as well thereby resulting in a reduction in electricity consumption.

Thus, we can state that a motor that works on the Digital inverter technology or the Inverter Direct Drive technology is a highly efficient machine.

In such machines, you find the motor directly connected to the drum without using a belt or a pulley. You have lesser mechanical parts thereby ensuring the least energy dissipation. Therefore, you end up with a highly efficient machine that makes less vibration and noise.

It is also referred to as smart inverter technology as you can control some of these washing machines using your smartphones. The LG washing machine is one such appliance.

Why should people welcome digital inverter technology in washing machines?

Hence, the manufacturers offer an extended warranty period of nearly ten years on these machines.

What are the advantages of Digital Inverter Motor?

Anyone who has washed clothes with his or her hands will surely appreciate the role played by the washing machine in the house. Before Proceeding...

Model No – T65SKSF4Z I prefer the top-load washing appliances because they allow me to stand while adding and removing clothes. I have a dodgy...

Bosch is a popular brand of front-loading washing machines. It brings the best German technology to the Indian market and enables users to benefit...

IFB washing machines come equipped with excellent features that guarantee a high-quality washing experience. One such feature is the Error diagnosing functionality that detects...