India depends a lot on surface water and groundwater to meet its requirements. Surface water comprises of rivers, lakes, and ponds. You have plenty of such rivers in India. However, you have areas as well where there is no surface water. Such areas depend on groundwater alone to meet irrigation, domestic consumption, and industrial requirements. Therefore, it becomes imperative to have quality groundwater.

However, does India have sufficiently pure groundwater sources? Unfortunately, the answer is ‘NO.’ There is widespread contamination of groundwater throughout India.

The Central Groundwater Board of India (CGWB) had recently conducted a study along with Duke University, USA. The study revealed widespread uranium contamination of groundwater in about 16 states. Let us study some fast facts about the quality of groundwater in India.

The share of groundwater in the total usable water resources is 433 BCM/year (billion cubic metres).

Plants also depend on groundwater. There is also natural seepage of groundwater to the seas. Therefore, we can set aside a safe figure of around 35 BCM/year for natural discharge. It entails that approximately 398 BCM/year is available for consumption.

Irrigation comprises a significant use of groundwater resources at 89% whereas domestic consumption is around 9% with industrial use making up the remaining share of 2%.

The CGWB report says that the highest exploited groundwater state in India is Punjab, followed by Rajasthan, Delhi, and Haryana.

These statistics do present a grim picture of our groundwater resources. Let us now proceed to look at the causes of groundwater contamination.

Let us now concentrate on the effects of groundwater pollution.

Impact on Soil and Agriculture

Impact on the environment

States where there is a high level of groundwater contamination

Places like the plains in Punjab and Haryana are now becoming arid due to the increase in the salinity levels caused by excessive extraction of groundwater for irrigation.

Similarly, places situated near nuclear reactors like Kudankulam in Tamil Nadu are experiencing a high concentration of uranium in groundwater.

Indiscriminate extraction of groundwater in the coastal areas of Tamil Nadu and the Kutch region in Gujarat has resulted in the intrusion of seawater into the groundwater resources thereby increasing the salinity levels.

Government Initiatives to solve the problem

Various State and Central Governments have taken initiatives for resolving the groundwater contamination problem by enacting various bills and legislation, some of which are as follows.

It prohibits the release of poisonous or polluting matter into the groundwater and surface water resources.

Arsenic Task Force set up by the West Bengal Government

It envisages the setting up of arsenic removal units for removing arsenic from groundwater.

It gives regulatory control over groundwater resources to local bodies.

Replenish the aquifers in overexploited areas. There should be financial and legal incentives to individuals or societies that take initiatives to recharge a common groundwater resource. One of the best examples is the incentives given by the Tamil Nadu Government for setting up rooftop rainwater harvesting programmes, especially in Chennai.

We have comprehensively examined the extent of groundwater pollution in India. We have also looked into the causes and effects of groundwater contamination.

The primary aim of every Indian citizen is to create awareness of the problems caused by groundwater pollution. It can help find a viable solution to this problem. 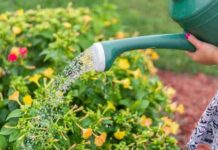 6 Ways you can use Waste Water from RO water purifier! 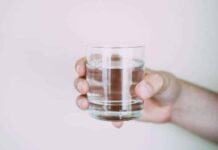 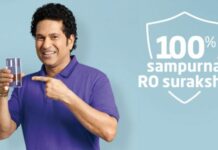 Water Purifier – 10 After Sales Questions you should ask!

Kitchenarena.in participates in the Amazon Associates Associates Program, an affiliate advertising program designed to provide a means for sites to earn commissions by linking to Amazon. This means that whenever you buy a product on Amazon from a link on here, we get a small percentage of its price.